We all know that WhatsApp, the most popular instant messaging platform in the world, provides end-to-end encryption features in chat to protect users’ personal information. But this time WhatsApp is going to bring this facility in case of chatting as well as calling and status. The company is working on two new visual indicators to inform users about this feature. The indicator is already visible on the call and status screen of the iOS version of WhatsApp. The calling screen informs users that their personal calls are protected by an end-to-end encryption feature. On the other hand, a message on the status screen indicates that a user’s status is end-to-end encrypted.

Let me tell you that WhatsApp uses the same encryption protocol used in Signal. This feature frees users from the hassle of illegally transferring information. The company launched Always-On-End-to-End Encryption in 2016 for its one billion userbases. This feature assures users that only the sender and recipient are able to view all content, and no one else will have access to it. Note, however, that metadata (or information about your message) is not protected by end-to-end encryption, this information is shared with parent company Meta.

WhatsApp has already released a number of advertisements on TV and social media about end-to-end encryption for messages and attachments available in their app, as well as the View-Once feature. WhatsApp users are also assured that their chats are protected by end-to-end encryption while chatting. The new indicators are being designed to reassure users that their status and calls are protected by this same technology, and will be rolled out for future beta and stable versions of the app. 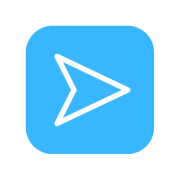 Online Earning: If you want to make money online, know these six apps

From restaurants to clothing stores, everything will be explored on WhatsApp; New features are coming

How to make WhatsApp logo from green to golden, see the easy method

How To Schedule Whatsapp Messages on Android & iOS Smartphones